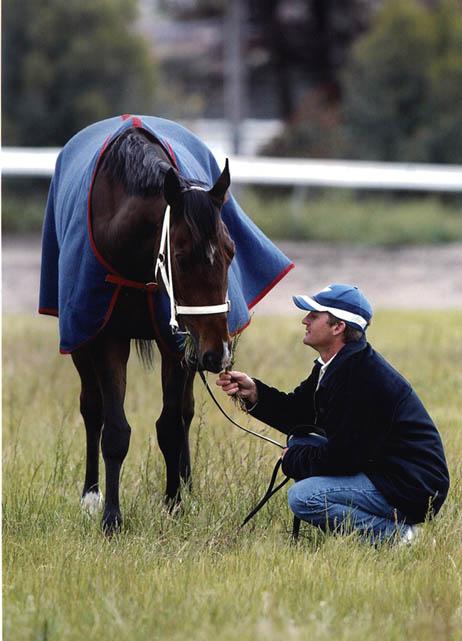 Group 1 winning trainer, Kerry Parker has been surrounded by horses for as long as he can remember. A native of the South Coast of NSW, Kerry's first exposure to horses came with the trail riding business part owned by his father. By his early teens, Kerry knew that his future lay with horses and the following years were spent learning the trade as a strapper and track rider under trainers such as Errol Amos at Canterbury, Sid Barker at Nowra and David Balfour in Adelaide. While Kerry absorbed valuable lessons from each of these masters, the seminal point of his career was unquestionably the five years he spent with the high profile and well respected Randwick trainer Les Bridge. During his stint at Sir Dapper Lodge, Kerry rode and tended to a long string of top class thoroughbreds including Kensei, Row of Waves and Just Blooming.

However, Kerry's most fondly remembered and successful association in this period was undoubtedly as the strapper for Bridge's diminutive champion DRAWN, which enjoyed multiple Group One success, including the Rosehill Guineas, All Aged Stakes and Caulfield Guineas.

After the best part of a decade working in and around stables, Kerry branched out and secured a trainers licence in 1991, establishing his own stables at Kembla Grange where, to this day, his horses enjoy the peace and serenity of the picturesque provincial course which boasts one of the finest racing surfaces in the country.

Since taking out his licence, Kerry has maintained a small, albeit expanding, team of consistent horses, enjoying regular success on the country and provincial circuit, as well profitable forays to the city where he has a steadily growing list of winners, including a recent double at Royal Randwick.

Kerry's first major success came early in his career when  trained the winner of the 1994 edition of the Group 2 AJC St Leger Stakes, GOLD SOVEREIGN. That particular galloper would also provide Kerry with his first runner in the Melbourne Cup.

Another career highlight  came when gutsy stayer DON RAPHAEL scored a black type treble in the spring of 2004. Owned by pillars of the Australian Racing Industry Mr and Mrs Don and Val Storey, DON RAPHAEL won three on the trot with the Tattersals Plate (Listed), Colin Stephen Quality Hcp (G3) and Saab Quality Handicap (G2), before taking his place in The Melbourne Cup field, Kerry's second starter in the big race.

More recently, Kerry has had great success with BRILLIANT LIGHT, an unfashionably bred and slow maturing gelding which Kerry picked out as a yearly purely on type. He saw potential in the gangly bay, and his patient and nurturing approach has paid handsome dividends, with the son of FANTASTIC LIGHT stringing together a run of six wins from eight starts between the Spring of 2009 and Autumn 2010, including the Gr2 Ajax Stakes, the Listed Royal Parma Stakes and a gutsy 3rd in the 2010 Emirates Doncaster. In many ways, the careers of DON RAPHAEL and BRILLIANT LIGHT typify Kerry's horsemanship and tenacity. DON RAPHAEL had been slated for early retirement after an unpromising start to his career, while BRILLIANT LIGHT had to be nursed through a series of setbacks which tested the faith of all involved. However, Kerry saw untapped potential in both, and his perseverance and patience enabled both horses to reach their potential. 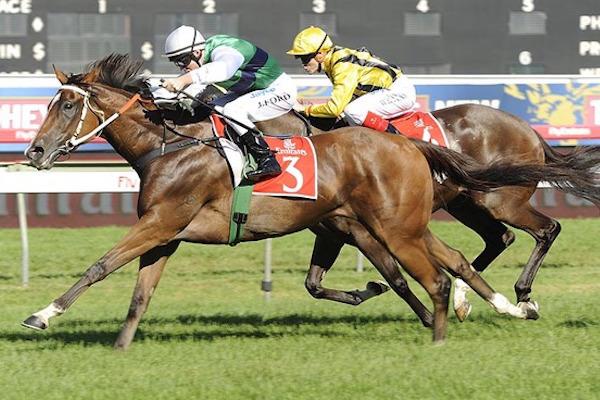 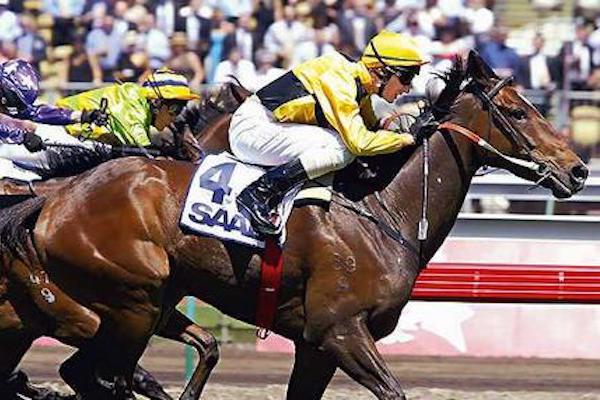 Yet more 'black type' success would soon follow with the talented but underrated mare, ALIYANA TILDE, another horse that Kerry picked out at the sales as a yearling.  As a three year old filly, she would place three times at stakes level, which included finishing as runner up in the Group 1 ATC Oaks, where she was only just run down in the shadows of the post by the exceptional filly, Streama. By the time she retired, 'Ali' had won at Group 3 level, taking out the Epona Stakes in 2013, and placed three more times in group races, including a game third in the Group 1 Sydney Cup. 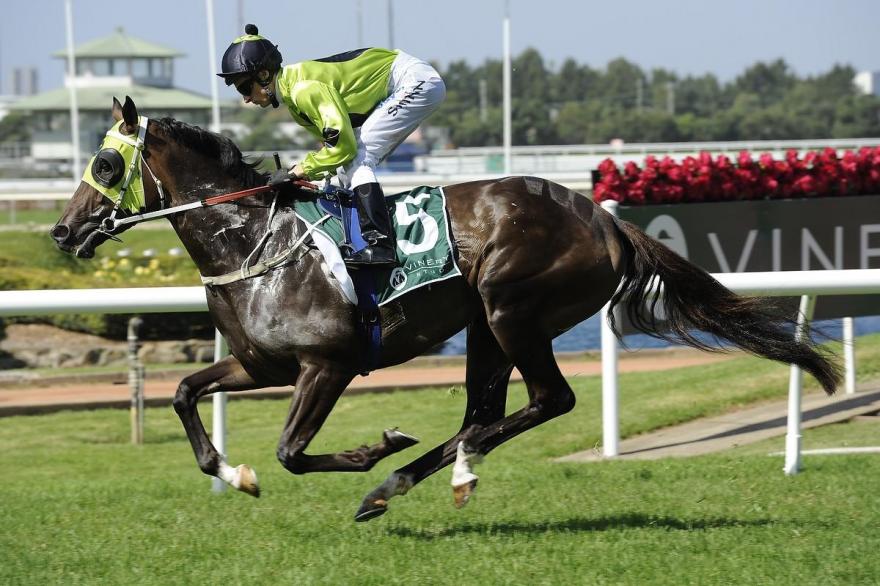 Kerry reached the pinnacle in all trainer's careers, being Group 1 success, in the Channel 7, Queensland Derby in June 2018.  Kerry was represented in the race by star 3 year old, Dark Dream.  Kerry guided Dark Dream from a Maiden win at Moruya to Group 1 success in a single preparation.  Dark Dream was well-loved by all at the stable and all the team played a crucial part in enabling the All American gelding every chance to attain glory of Group 1 success.

The Derby was thrilling and, happily, Dark Dream was able to bring Kerry home the well overdue trophy he had so long deserved. 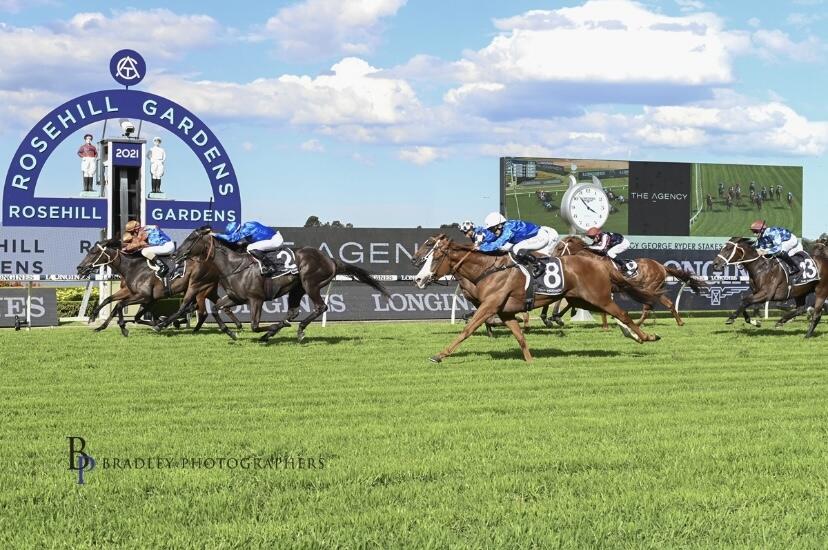 Think it Over added another trophy to the mantelpiece for Kerry on Saturday, 4 September 2021 after he took out the Group 2, weight for age, Chelmsford Stakes over 1600 metres.  Think it Over was given a gem of a ride by Nash Rawiller and beat home Riodini in the shadows of the winning post.  It was an extremely emotional victory as the stable are still reeling with the loss of their beloved friend, mother and insanely gifted track work rider, Deanne Pinney. 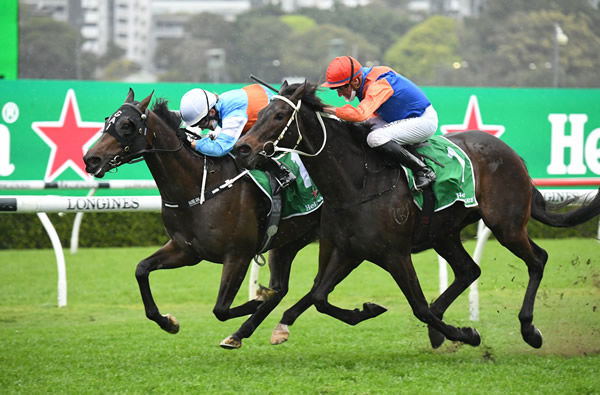 After a gallant effort in the Group 1 George Main Stakes when finishing 3rd by less than a length behind star mare, Verry Elleegant, in October 2021, Think It Over was able to notch up two consecutive wins in the $1,000,000.00 Group 2 Hill Stakes beating home Shared Ambition and Cepheus and then he went on to win the Group 3 Craven Plate (as he had done the year before) beating home Sky Lab and Lion's Roar. THINK IT OVER won his second Group 1 being the Queen Elizabeth Stakes race over 2000 metres at Royal Randwick.  It was a wonderful race to watch and see Jockey, Nash Rawiller pull off a ride that will forevermore go down in history!