Group 1 winning trainer, Kerry Parker is a hands on trainer with a genuine and contagious passion for his sport. Drawing on three decades of experience as a strapper, jockey and trainer, Kerry is an authentic 'horseman', giving him invaluable insight into the fitness and ability of each of his charges. This has paid dividends in the past where Kerry has been able to identify potential in horses where others had not, as exemplified by Don Raphael.

Owners also enjoy unrestricted access to Kerry who makes himself available at all times to answer their questions and keep them in touch with the progress and plans of their pride and joy. He also has a keen eye for yearlings and is willing to accompany a potential owner to the sales ring or purchase on a client's behalf.

Kerry Parker is by no means the biggest trainer in the game, but his accessibility, affable nature and hands on approach, ensures that his owners' racing experience is an enjoyable and successful one.

Amongst other many reputable acculades, Kerry reached the pinnacle in all trainer's careers, being Group 1 success, in the Channel 7, Queensland Derby in June 2018. Kerry was represented in the race by star 3 year old, Dark Dream. Kerry guided Dark Dream from a Maiden win at Moruya to Group 1 success in a single preparation. Dark Dream was well-loved by all at the stable and all the team played a crucial part in enabling the All American gelding every chance to attain glory of Group 1 success.

The Derby was thrilling and, happily, Dark Dream was able to bring Kerry home the well overdue trophy he had so long deserved. 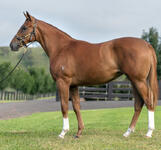 May 30, 2021 Star Turn x Ruling Queen yearling filly.Broken in very well. Strong, well developed filly for a November foal with a lovely nature. If you would like to join a fun, small,
Read More → 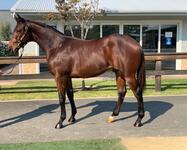 May 30, 2021 Smart Missile x Leelinchin yearling colt.Lovely big and strong, Smart Missile colt. Well developed. Love the way he paraded at the sales. If you would like to join a fun,
Read More →

2nd Win on the Board for 3 Year Old Gelding by Nicconi, Don Luigi at Goulburn

May 21, 2021 3 year old gelding by Nicconi, Don Luigi, has continued his impressive strike rate to secure his second win from only 11 starts, not to mention also from that record, two seconds
Read More →