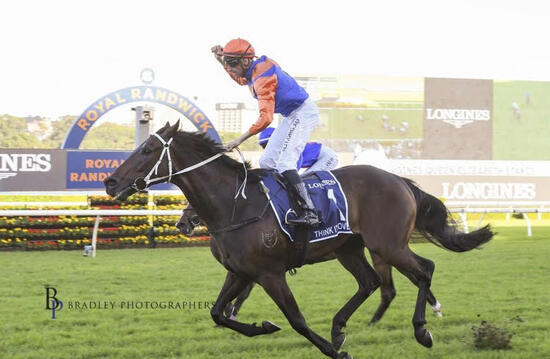 Stewards were informed this morning that multiple Group 1 winner, Think It Over has been ruled out of this year's Spring Carnival and will now be spelled.

While the full extent of the injury is not yet fully determined, Mr Parker, in conjunction with owner Richard Johnston of Bylong Park, are taking no chances and are in agreement that the horse's well-being and recovery are paramount and that Think It Over will be given all the time needed to undertake the necessary rehabilitation program.

The humbly bred gelding won the hearts and minds of punters across Australia with a strong of underdog wins in top company, amassing prize money and bonuses of over $A7 million during his career, culminating in his stunning victory in this year's Queen Elizabeth II Stakes.

Mr Johnston said "Think It Over has brought me, my family, Kerry and a legion of fans so much joy during his career but, at the end of the day, we need to put the horse's needs first.  We will do all that it takes to ensure Sid is looked after".

Mr Parker added "I am sure his fans, particularly the groundswell of support from his hometown in Wollongong will be as disappointed as we are, and it would be heartbreaking to think that this could end his career, but if ever there was a horse that can beat the odds and make a successful racing comeback, it is our Sid".