Two Wins in a Row for Galloper, Don Luigi 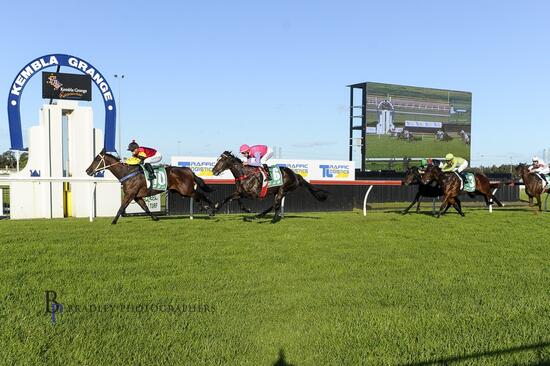 4/yo Gelding, Don Luigi (Nicconi x Witches Hat) has secured back to back wins.

It was great to see the Don take out back to back races.

The Kembla Grange race on 7 May was an easy watch.  He was able to make his way into the leading position shortly after jumping and was able to dictate the race and was able to show a nice kick in the straight to win comfortably from Buba in 2nd and Tick Tock Boom in 3rd.

Similarly, on 17 May at Goulburn, after jumping, he took at sit mid-field and travelled well for Josh Parr.  It looked ugly after turning into the straight.  However, Josh was patient and kept Don Luigi pushing forward and happily a gap opened for Don to run on, which he did.  He showed a nice will to win and was able to draw away in the closing stages of the race to win from Lady Shenanigans in 2nd and Eberlee in 3rd.

What an effort in both runs from Don Luigi.  He is a consistent galloper with 4 wins from 25 starts and 9 minor placings, taking his earnings to over $140,000.

Well done to his owner / breeder and dear friend of Kerry Parker Racing Stables, Albert Nocera and to his other owners. Lets hope we can see him in the winners circle again very soon.

Thank you to Winona and Josh for the rides and also to Bradley Photographers for the picture.