Judge’s Daughter Wins First Up for New Stable at Queanbeyan 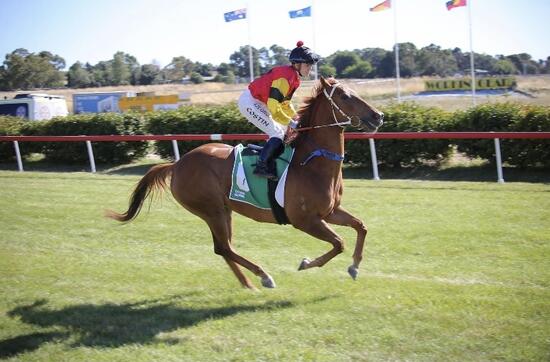 4 year old Star Witness mare (ex Inappropriate) has won for us first up after a stable change. Winona Costin took the steer in the 900 metre jump and run BM 58 race at Queanbeyan on 18 January 2021.

After powering out of the gates, Judges Daughter was able to quickly secure the front running position. She mostly got to dictate the run without being bothered too much.
at the turn, judges daughter had a kick and was able to quickly put away the two outside challengers.
judges daughter seemed full of running and was very strong through the line, increasing her winning margin to 3 lengths from Sestina in 2nd and Tycoon Tily in 3rd.
The whole team at the stables were thrilled we were able to assist Judges Daughter in finding her feet, giving her win number 3 to her name with 5 minor placings from just 19 starts.

Thank you to her fantastic owners. We are very happy for you two! let’s hope it’s not too long between drinks!
thank you to Lance Fearne Photographer for the photograph.