Think it Over Wins at Randwick over 2000 metres 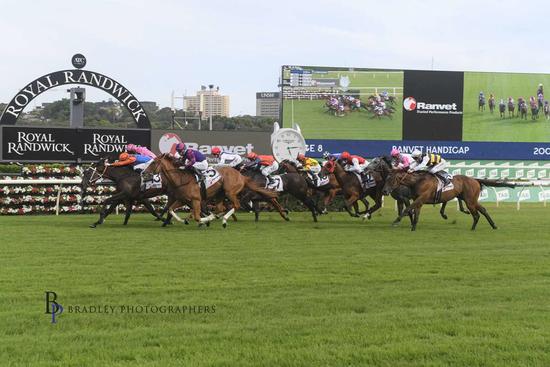 Think it Over, the 4 year old gelding of Sire, So You Think won the 2000 metre BM 88 race on Saturday 29 February 2020 with jockey, Andrew Adkins taking the ride.  They jumped from barrier 8 and was weighted with 52 kilograms.

"Sid" jumped well with the pack and was able to slot in mid-field, one off the rails, early on.

There was genuine speed up front and Sid was able to be switched off and found a nice rhythmn.

At about the 800, Andrew let Sid roll up and he commenced a three wide run leading into the turn into the straight.  He ended up very wide after the turn, but was able to straighten up and showed a nice turn of foot down the straight, doing his best work within the last 50 metres, securing the win from Costello in 2nd and White Boots in 3rd.

What a fantastic, gritty win from Sid.  Thank you to Andrew for a superb and patient ride.

We are so happy with Sid's performance and are excited to see him run again soon.  Big congratulations to owners Richard and Sid.