Two Wins on the Trot at Home Track for Virgilio 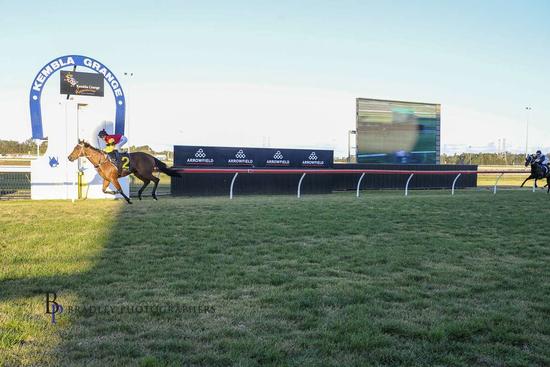 On both occasions, Jockey, Cejay Graham took the rides.

Alby pinged the gates and was able to make an early cross and take up running in the first two of the pack.

Alby had a great run in transit and looked a real danger after the turn.  Cejay was able to spur Alby up and he passed the leader to run home and secure an impressive win to Segalas in 2nd and Golly I'm Lucky in 3rd.

Then, on 17 August 2019, in his next race start, Virgilio was able to tick off another win in the 1300 metre BM 64 race at Kembla Grange also.  This time drawing even worse with barrier 14 and carrying more weight than he did the start before.

Like the last start, Virgilio jumped superbly from the wide barrier and Cejay was able to cross him over the rest of the pack early with him taking up a leaders position in the field.

Virgilio was travelling keenly and Cejay let him roll forward and didnt fight him in the run, which proved to be a very educated decision.

There was a hot speed on in the race and the field was strung out leading into the turn.  Virgilio led into the straight with nearly a two lengths lead to the second horse and a gap back to the rest of the pack.

Virgilio put the rest of the field away early and strode home to a very impressive win on home turf, beating home, by nearly 7 lengths, Destiny's hero in 2nd position and Singing River in 3rd.

It certainly was an easy race to watch.

Both wins were so exciting for us all here at the stables and we would like to extend our utmost congratulations to owner/breeder, and long time supporter of the stables, Albert Nocera, who, in the last two and a half weeks, has had 3 winners from 2 runners (Genoveffa and Virgilio).

That is certainly something to be proud of.